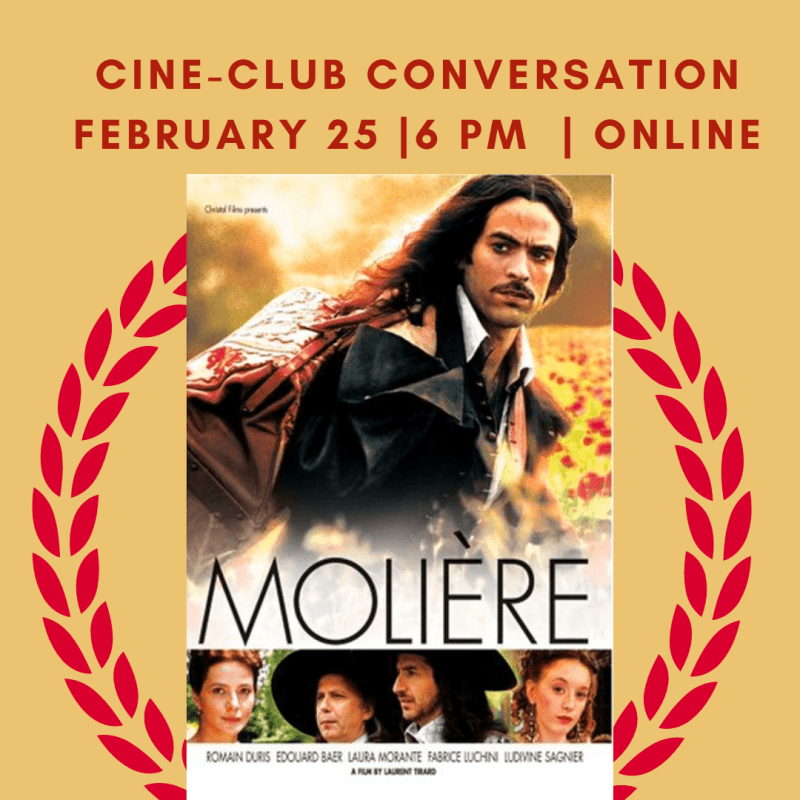 In French with English subtitles

This funny, witty, and well-acted costume drama revolves around a fictional turning point in the life of the famous French playwright Molière.

With stellar performances and lavish cinematography, the film stars Romain Duris as Molière, an actor and playwright up to his ears in debt. Disguised as a priest, Molière becomes a guest in Jourdain's palace on the pretext of teaching Jourdain the craft of the stage, which annoys his wife, Elmire. But, soon after, the confrontation between Elmire and Molière turns seductive. Her advice about inventing a new kind of comedy - comedy that makes one weep - sets Molière’s life on a course that made him a major name in history.

The story is mostly fictional and many scenes follow actual scenes and text in Molière's plays including Tartuffe, Le Misanthrope, Le malade imaginaire and Le Bourgeois gentilhomme, whose principal character is also named Jourdain. It is implied that these "actual" events in his life inspired the plays of his maturity.

View the film on Amazon, Netflix, … ahead of the discussion.
The bilingual presentation and discussion will be led by Helene Laroche Davis.