When we talk about French cuisine, it is often difficult for us to choose a single dish that stands out from the rest. And the fact is that the French culinary world is so varied, full of so many flavors and smells, that practically every dish has become iconic by itself and has earned the title of iconic. In this edition, however, we will talk about French toast with cinnamon, a wonderful and easy-to-prepare dessert that has been turned into a gourmet plate.

First of all, we've all had French toast. Perhaps not in the same way, perhaps breaking the odd law for the true connoisseurs, but somehow, we are familiar with its preparation. However, where does such an iconic recipe come from?

History of the French toast recipe

As is often the case with the history of many important dishes, there are various theories about its invention. If there is a common factor, it is that they all take us outside of France. The most distant antecedent takes us to imperial Rome, to a collection of recipes called the Alpicius, from a nobleman of the same name from 2nd century BC Rome. In it, the dish could be prepared in the most rustic way possible, simply breaking pieces of bread and mixing them with a preparation of milk and eggs and fried over oil. It is interesting to see how it is suggested to add honey before serving. Even this first recipe conceived it as a sweet.

Something that will be a constant in all the following variations of the recipe is its easy preparation, which has ingredients that are present in most kitchens in most countries throughout history. In fact, the subsequent stories of how the recipe was born carry a history linked to difficult times. In England, the dish is known as "Poor Knights of Windsor" with several stories referring to its origin as in the homes of the poorest knights in the kingdom of England the dish was offered as a dessert due to the impossibility of preparing a more expensive dessert.

Even in France, the dish is commonly known as “Pain perdu” (Lost bread) referring to how it was prepared with the remains of the bread that were unsold or left over, since its very preparation could soften such hard loaves.

On how it took its current name of French toast (Especially popular around the United States) It is said that the name was coined in England, and that in fact it is not in honor of France itself, but of a certain Joseph French, who popularized the name when offering this dish in his pension.

The name gained popularity and in some way was supported by its ambiguity, since when referring to France, the classic french toast recipe was seen as a dish from a distant place of which the first reference we have is regarding its food. French fries and French dip, I'm looking at you.

Be that as it may, this dessert discussed as breakfast has earned its place among the greats, and today we can see it in any restaurant, from the most humble to the most elegant. We are sure that you have your own recipe, maybe you add strawberries, berries or even bacon, maybe you follow your mother's recipe that every time you try it gives you that "Ratatouille" moment that transports you to your childhood, but if you want to try a different approach, we leave you with this delicious recipe for French toast with cinnamon: 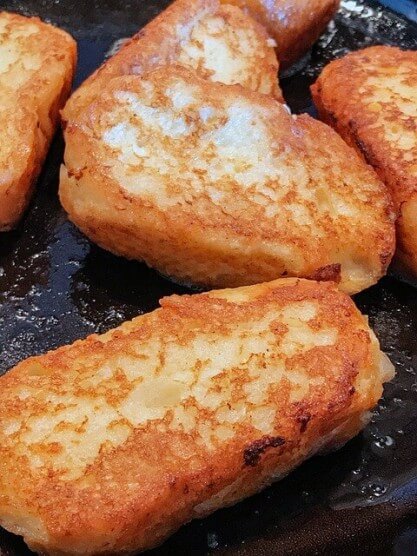 A pinch of salt 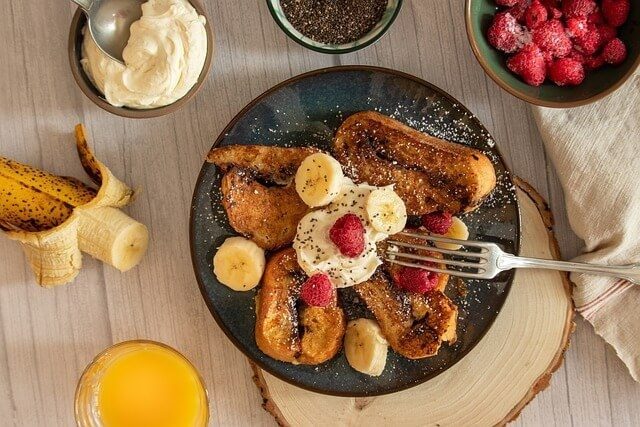 In a container, pour the milk, salt, cinnamon, sugar and eggs, beat until the mixture has consistency and then, dip each slice of bread in the mixture so that it absorbs its content.

In a pan, pour the butter or vegetable oil and heat, then put each of the slices to toast side by side. 2 -3 minutes should do it. Flip and cook the other side as well. The moment you see a golden brown crispy topping, remove and serve.

As a complement, honey, whipped cream or jam will work perfectly. Even add some fruits as bananas and cherries. Powdered sugar on top can also add an extra sweet touch.

Yes, its preparation is that simple, do you see? Try it and tell us what you think.