Europe is full of Triumph Arcs. These powerful constructions were made to celebrate historic triumphs in battle. These constructions are one of the most enormous buildings ever created in Ancient Rome, commemorating the metropolis' military achievements and giving rise to one of Western history's most extraordinary empires. 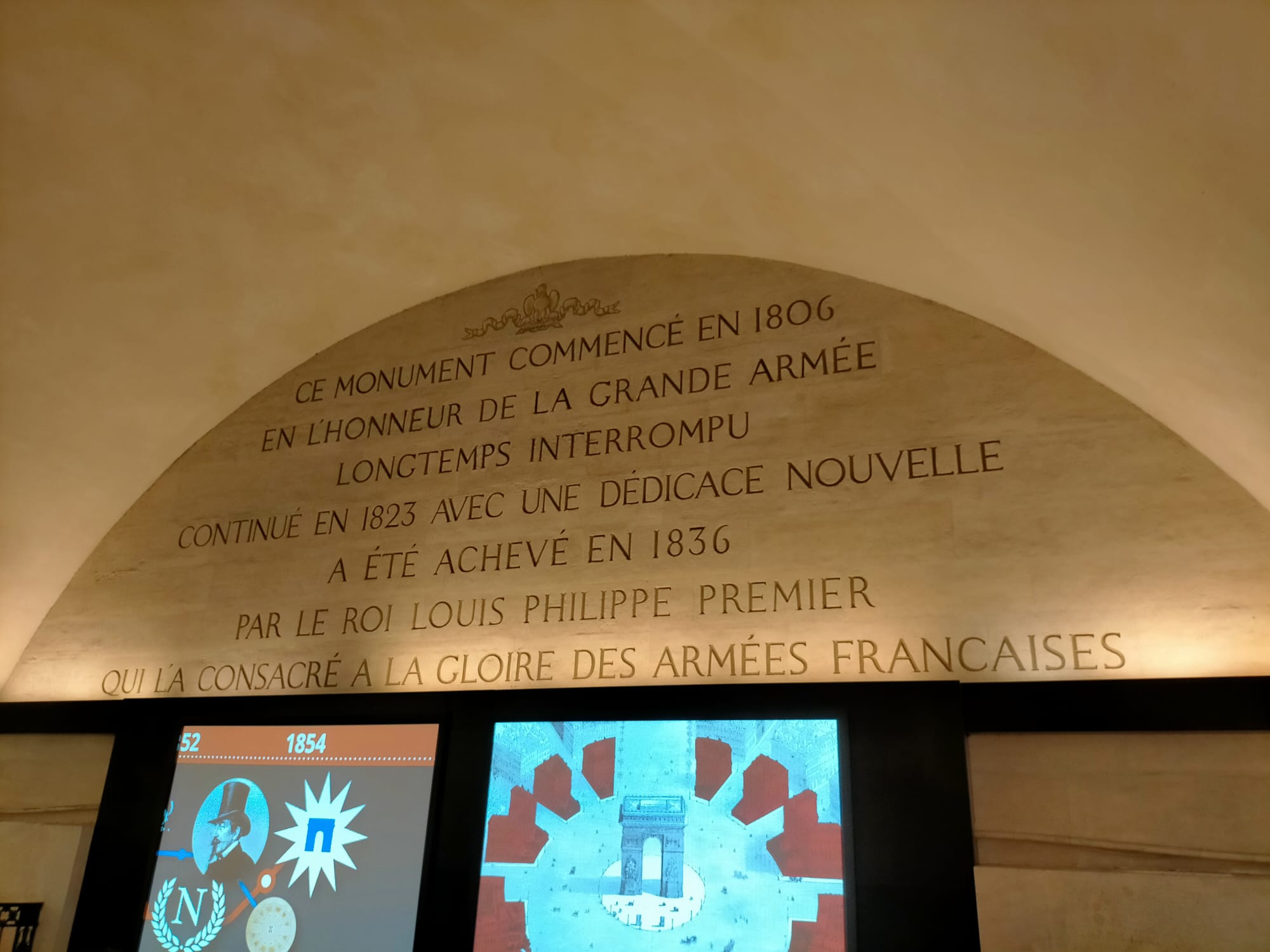 commemorative arches were raised in many of the conquered regions to honor the generals and troops who were the architects of the various military successes. Triumphal Arches can be found all across Europe thanks to the Roman Empire.

Many centuries elapsed after the fall of the Roman Empire before the "trend" of creating new Triumphal Arches revived in the neoclassicism era, and although there are countless examples, the Arc de Triomphe in Paris is undoubtedly the most famous. This Parisian Arc de Triomphe, like the ones in Ancient Rome, was built to commemorate military victories. Many others, on the other hand, were constructed as a modest decorative monument (such as the one in Barcelona).

About the Arc de Triomphe 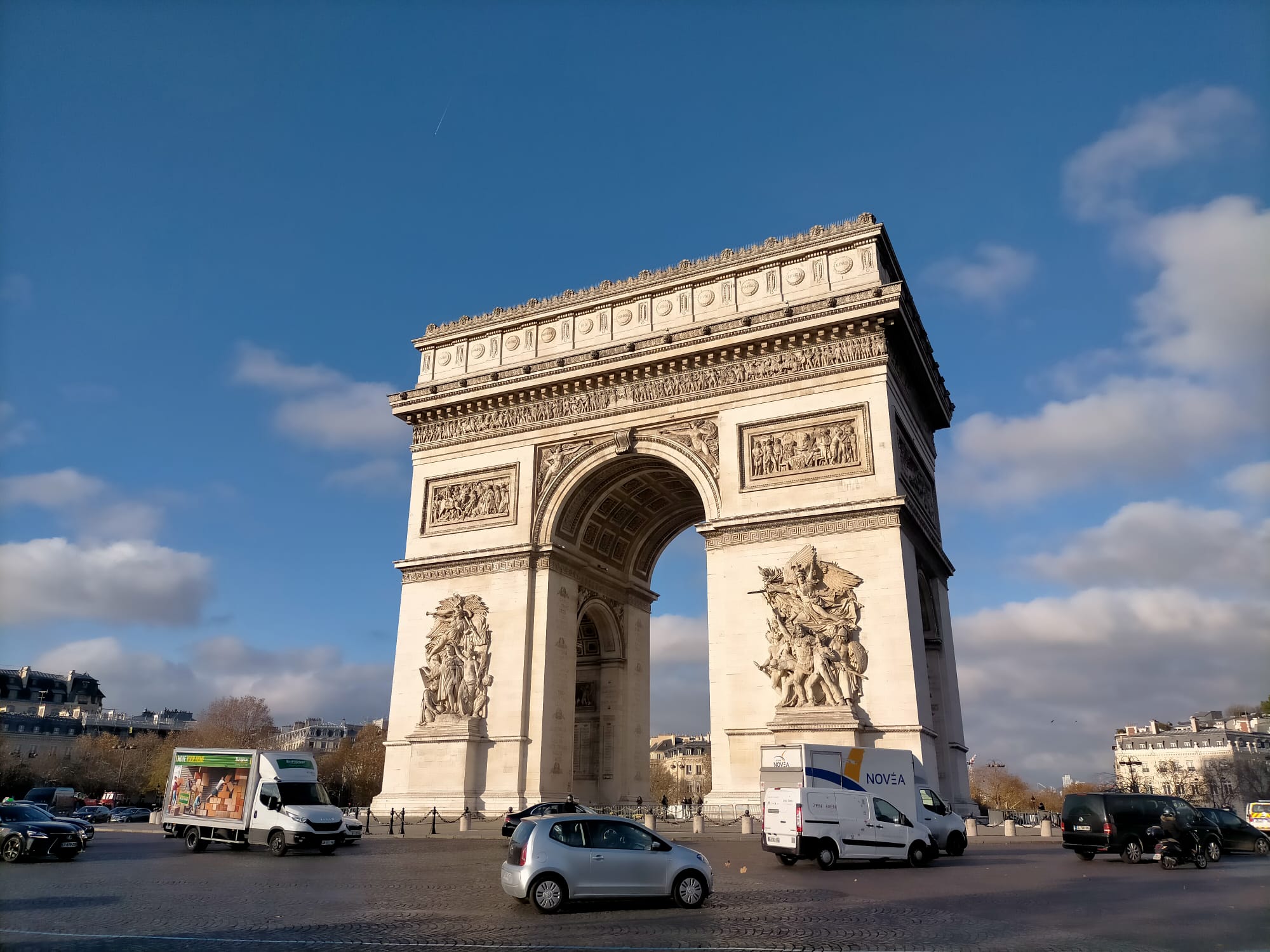 It stands at the Place de l'Etoile, 51 meters high and 45 meters wide, at one of Paris' most important intersections, where twelve avenues converge.

Napoleon I came up with the concept for this monument in 1846. Following the victory at Austerlitz, he thought it was time to construct a magnificent monument. Prior to Napoleon's concept, he considered erecting an elephant-shaped monument on the Place de l'Etoile, but the project was never completed.

How to go to the Arc de Triomphe?

Metro: You must exit at the Charles de Gaulle-Etoile station to reach the Arc de Triomphe by Metro. This station is located immediately next to the arch and serves Metro lines 1, 2, and 6.

RER: The closest station is Charles de Gaulle-Etoile, which has Metro connections.

What will you see at the Arc de Triomphe?

The base and surroundings of the Arc de Triomphe will show you powerful scenes commemorating triumphs in battles. The spirit of the French Triumphs all over history. 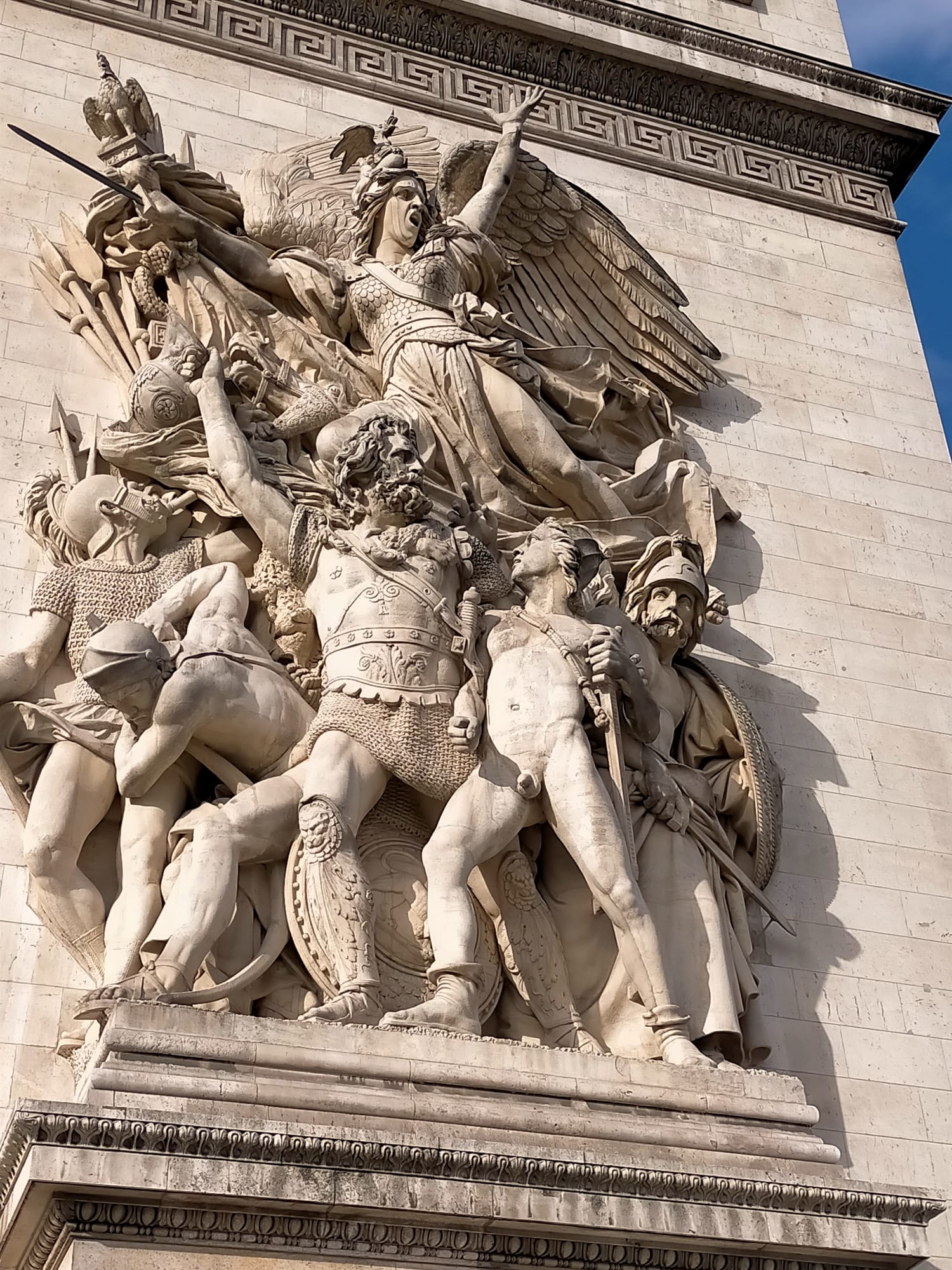 Underneath, you’ll find engraved the names of historic figures that helped shape the French Republic. 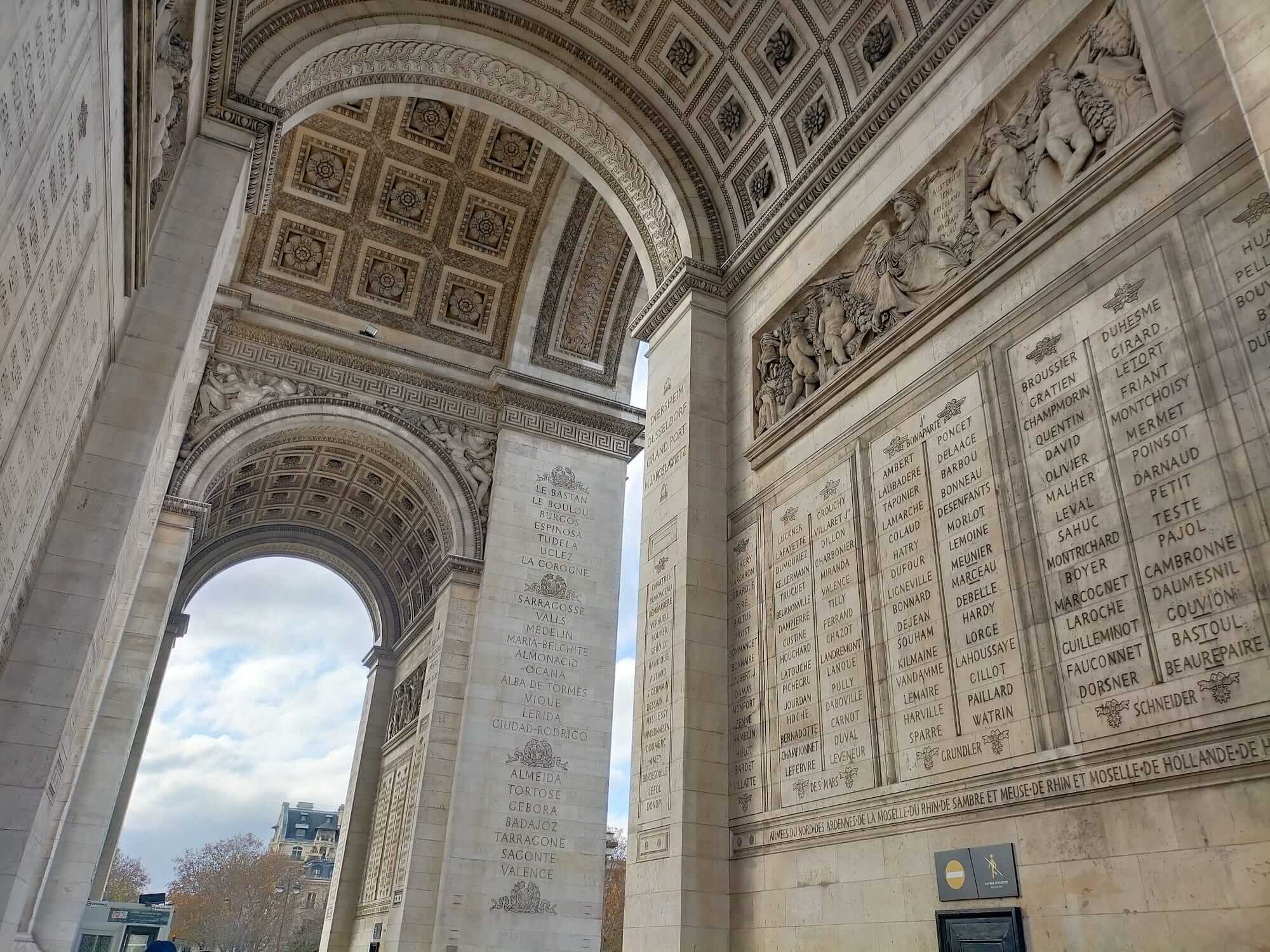 Tomb of the unknown soldier

Every 11th of November, France celebrates the anniversary of the 1918 armistice between France and Germany.

The Tomb of the Unknown Soldier from World War I is located beneath the Arc de Triomphe. On Armistice Day, 1920, the soldier was buried there. In commemoration of the unnamed deceased troops, an eternal flame was put on him after he was buried. Fresh flowers are always placed around the tomb.

You can visit a commemorative museum inside The Arc, where you’ll find information about the unknown soldier, as well as unknown soldiers everywhere. 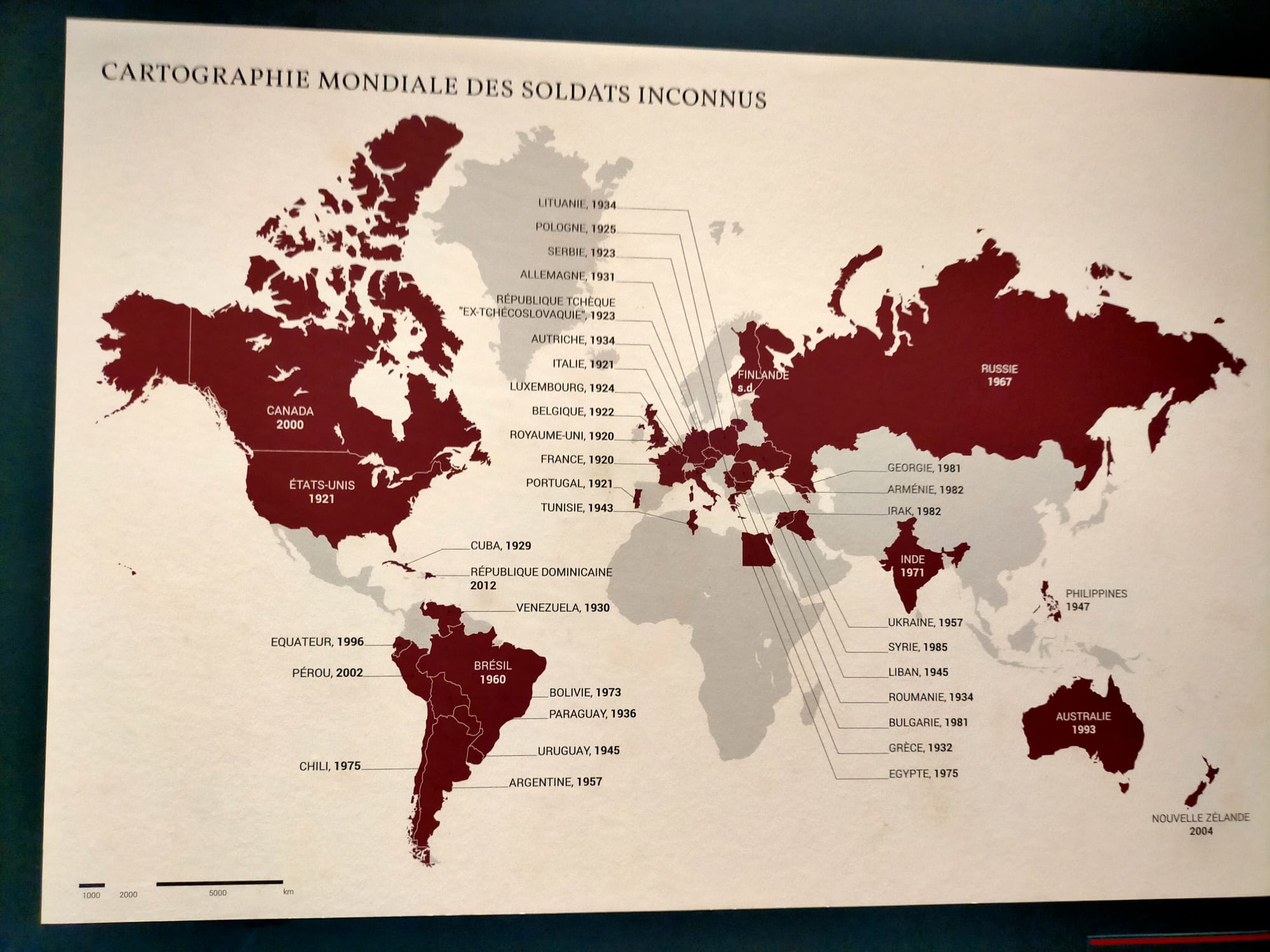 The views of Paris from the roof of the Arc de Triomphe are spectacular. The Place de la Concorde, which is extremely near to the Louvre, may be seen looking east across the Champs-Elysées. The current Arc de la Défense, in the city's business, and skyscraper district, may be seen in the other direction, to the west. The Eiffel Tower and the Basilica du Sacre-Coeur in Montmartre may also be seen from the roof of the arch. 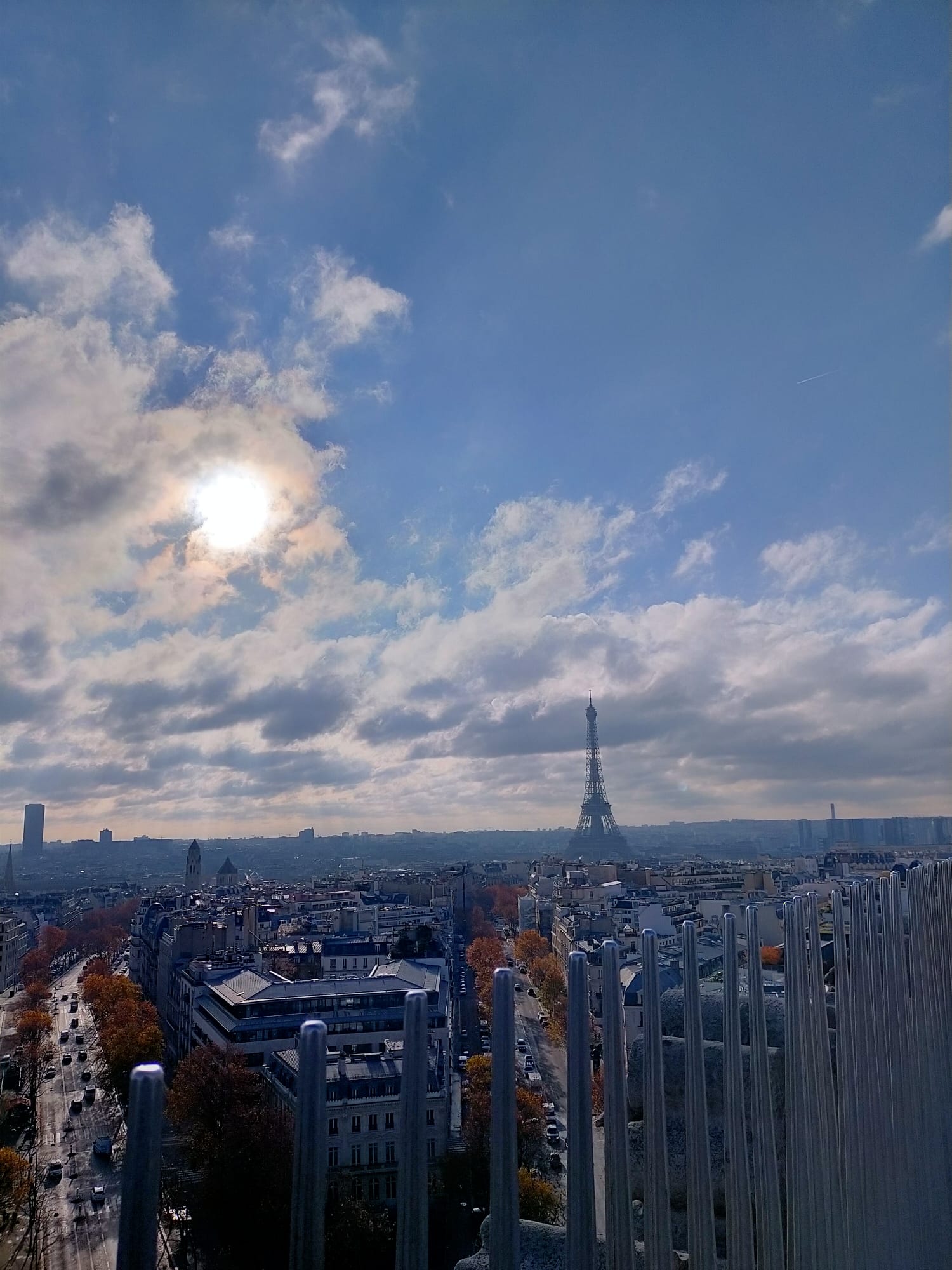 Going down from the roof, you’ll find a small museum with further information about the construction process. 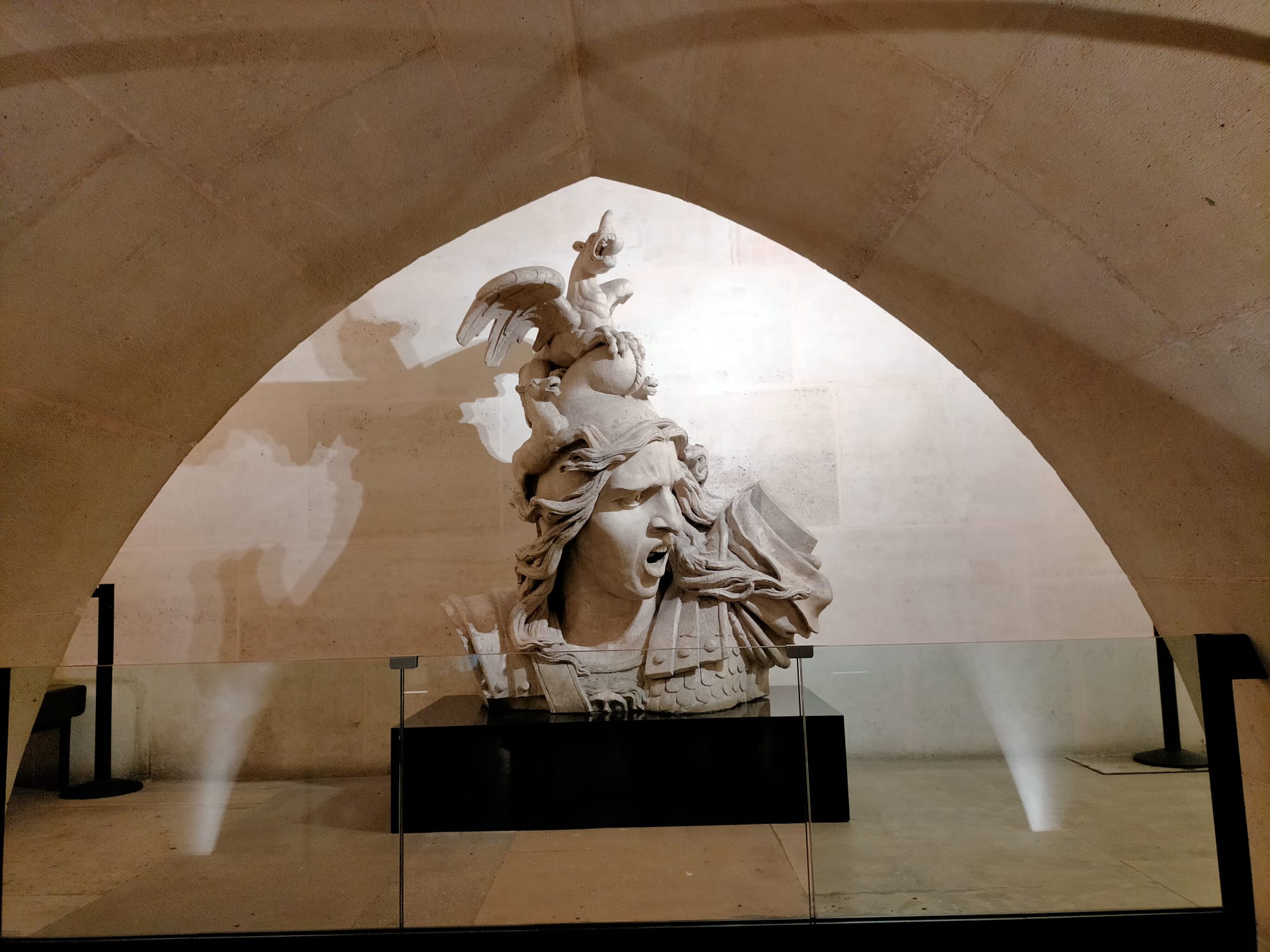 If you have the time, we encourage you to visit the Arc de Triumph. Is a great way to know about the history of France while you see one of the most important monuments in the whole world. And remember, if you are looking to get your French in shape to get the most out of your visit, you can check our French classes. À bientôt!