Login      Receive Our Newsletter
Blog › Things To Avoid In Paris

Things to avoid in Paris

Visiting a world capital can be an overwhelming task sometimes. Big cities are wonderful places full of museums, parks, and theaters. Places where history and culture converge to offer you all kinds of experiences. But any big city in the world will have its rules on what to do and what to avoid if you can, and of course, Paris is no exception. Let’s take a look at some things you should avoid in Paris if you can.

Beware of Scams (Especially on the metro) 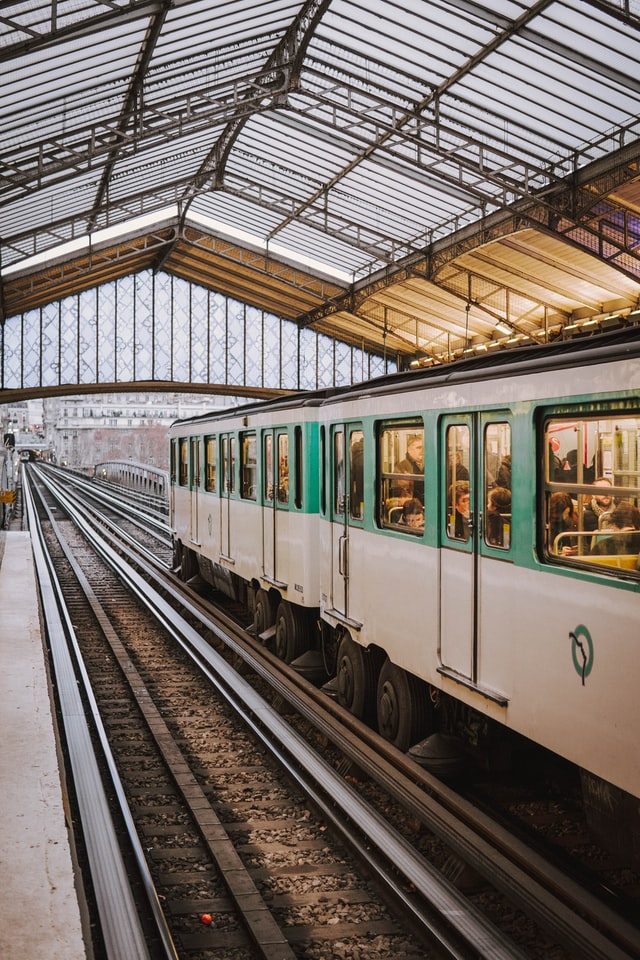 Traveling by public transport will be one of the best options for you while visiting Paris. The City of Light is as crowded as it can be and even Parisians prefer to use public transport than taking their cars if they can avoid it. Also, the metro system is fairly easy to use and pretty good overall. But this does not mean that you can just relax while using it. Especially in some lines, you should be aware of pickpockets (Even the information voice at the metro will advise you to be aware of your belongings while passing through the most difficult zones).

Also, be aware of scammers that can approach you with a simple “Do you speak English?” this might transform into them asking you for money on short notice.

Another type of scam is that someone approaches you at the metro and handles you something, maybe a sweet, a candy, or a card of some sort. By force of habit, or maybe politeness, you might take it, but doing this will let them know that you have accepted buying what they offered you.

And while we are talking about the metro

Sometimes the metro system will not stop at certain stops (Due to maintenance, or maybe a protest “grèves”) So it’s a good rule to always check the signs before entering the wagon, and even inside (There are wagons that show the route with a tiny lightbulb right next to the stop name, the lightbulbs that are turned off will tell you where the train will not stop).

Another tip, there are many apps where you can check real-time what is happening around the city in terms of transport. Google maps is the obvious choice, but Citymapper is another good choice, it will notify you when there are protests in the city, will recommend routes, you can use it for most of the main cities in the world.

On the public transportation note 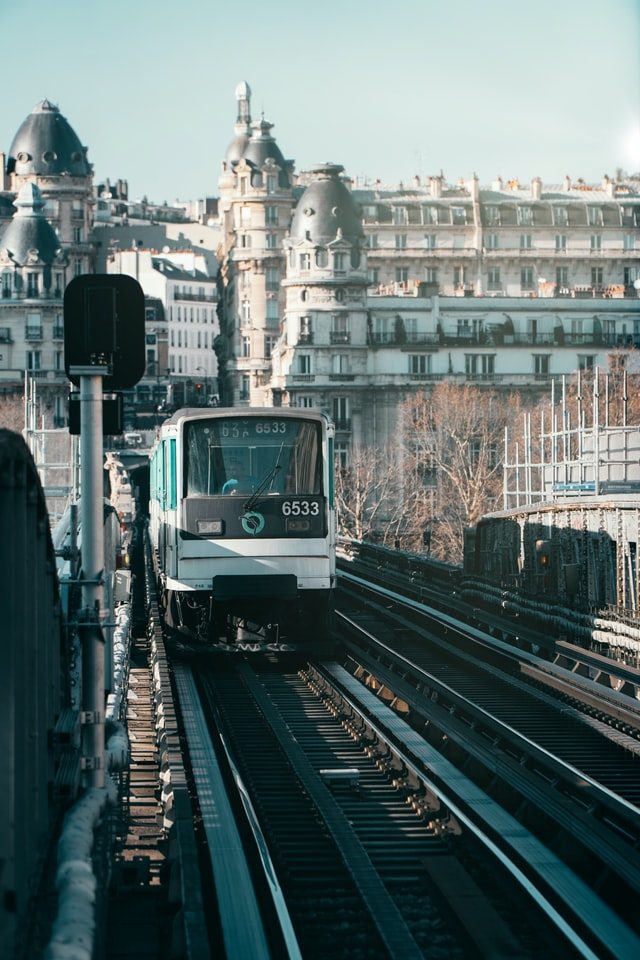 Paris transportation tickets are valid for buses and metro systems. They are emitted by the SNCF, and they came in form of little pieces of cardboard with a magnetic strip. But be careful, if the tickets got in contact with metals, like coins or keys, they can get demagnetized and they might not work.

On that note, it’s important that you don’t get rid of the ticket right away after using it. While being on the metro (Not only the wagon but even when walking between stations) control enforcement personnel can ask you for your ticket anytime and if you don’t have it, you can get a fine. Because of this, you might want to separate the tickets that you have used from the new ones if you are carrying several at once so you don’t get confused.

A recommendation, if you are moving a lot in Paris, you might want to get a Pass Navigo card. You can get it by day, week, or month. As a tourist, the Pass Navigo Décourverte can be a great choice if you are staying in Paris for a week. You can select the zones you are moving through and get a pass that will allow you to move whenever you want through bus or metro. For general mobilization through most Paris quartiers, it will cost you around 30 euros a week, while a single ticket can cost you around 2 euros.

Plan your museum visits ahead 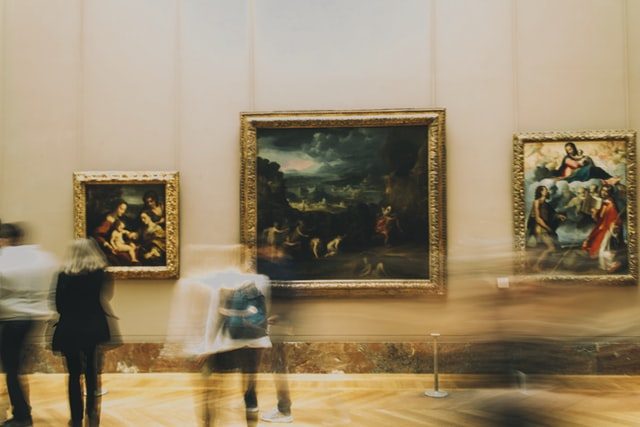 While spontaneity can be a plus when taking a vacation, there are certain things you definitely want to plan, and one of them is going to museums. Generally, Paris museums will be closed either Monday or Tuesday, so you might want to avoid these days to plan your visits. Also, Paris museums are free on the first Sunday of every month. The Louvre, Musée Rodin, Musée Picasso, Musée d'Orsay, will open their doors for free but plan ahead if you are going the first Sunday of the month since it might get too crowded.

For the art lovers out there, a good tip can be to purchase a Paris Museum Pass. You can get it for 2, 4 or 6 days and it will allow you to visit over 50 museums and monuments in Paris and the Paris Region. The period of use starts from the first entrance to one of the sites. And it will allow you 1 admission to each site.

Avoid traveling with big suitcases whenever you can

If you are used to big streets and a lot of open space, Paris might seem a bit small in some areas, and like any other Europe capital, things seem to be crowed from time to time, so traveling light is a must. If you packed heavy for your trip, is a good idea to get right to the hotel or Airbnb and change your big suitcase for a more easy way to carry your belongings. Elevators, trunks, corridors, you might feel like a giant if you are from a wide-space city.

While dining in Paris...

Eating outside, in the patios of a restaurant or bistro in Paris might seem like a beautiful romantic experience, but you might want to avoid it and eat inside if you can’t stand cigarette smoke. Since it’s illegal to smoke inside of restaurants in France, most patios are preferred by smokers, and even though ventilation might be good, you might want to go indoors for having a good time.

While talking about food, remember to ask for a “carafe d'eau” if you want some water. If you ask plain and simple for water, they will bring you bottled water and they will charge you for it.

And on a side note, avoid calling the waiter “garçon” as it can be perceived as a stereotype. A simple Madame or Monsieur will do the trick nicely. 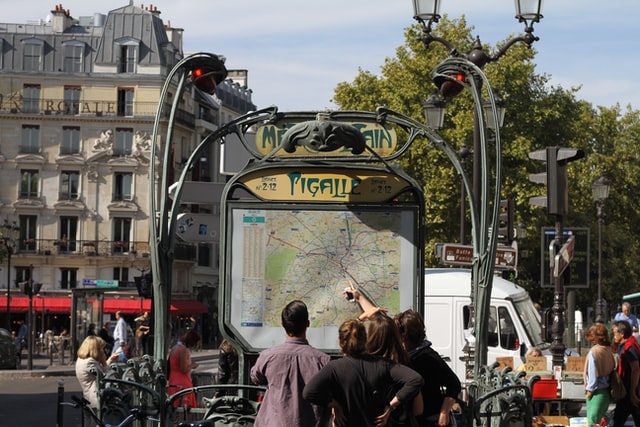 While most Paris suburbs are safe enough to pass by, you should be careful while walking through certain parts, especially at night. The Seine banks, for example, not by the street, but by the river. Also, around Place Pigalle, it might not be the best place to go for a family trip. It’s not that is not safe, but it has a certain reputation that we can trace back from the times of the Moulin Rouge and Henri de Toulouse-Lautrec.

The Rue St. Denis, and the Forum des Halles, a few blocks from the Centre Pompidou, have had a certain bad reputation over the years, but the new developments around the area have brought a lot of commerce and a more vibrant and cultural life to the place.

Planning a trip is always a joyful experience, even planning for possible setbacks. Hope you can find some useful information from these tips so you can get the best out of your Paris experience. À bientôt!