Fun Facts About France and Its Culture

A country as rich in culture as France must have a lot of customs and interesting facts. Of course, we don't think we're capable of listing them all, but we bring you a collection of facts about France that may arouse your curiosity and make you want to learn more about the country of Liberté, Égalité, et Fraternité. 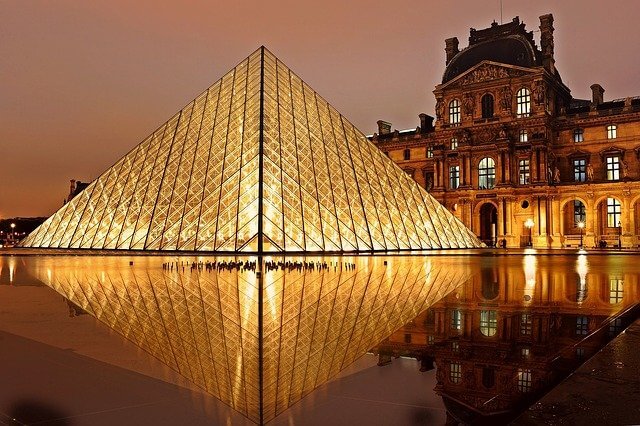 2- France is the country with the largest area in the entire European Union. With an approximate area of ​​400,000 miles.

3- It is called the hexagon (L’Hexagone). Since its surface resembles a six-sided polygon. 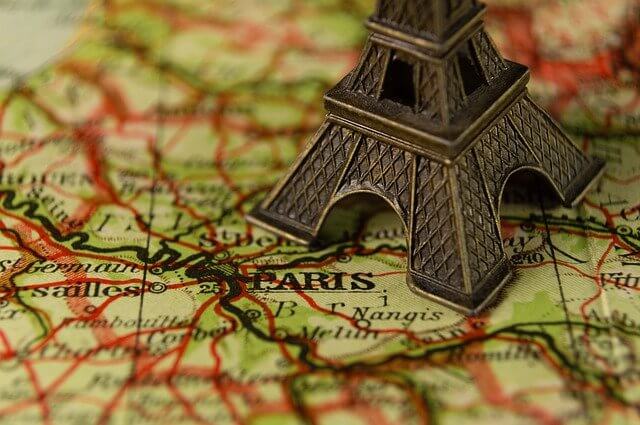 4- It is the country that hosts the most Nobel Prize winners in the world for literature. No wonder, since the awards were founded in 1900, it has seen such influential figures as Albert Camus, Patrick Modiano, André Gide, and even Jean-Paul Sartre, who refused to accept it.

5- It is home to the most prestigious award that a restaurant can have. The Michelin star was created in France by the French tire company Michelin. In the 1920s, to help increase the popularity of the automobile, Michelin began publishing a travel guide which quickly began recommending restaurants on the way between cities. The concept evolved into the prestigious culinary award we know today.

6- France and soccer. Soccer and France have a relationship of love, as the rest of Europe (and the world), France has hosted the World Cup twice, in 1938 and 1998, the year in which it was champion for the first time. Since then, the level of “Les Bleus” has been increasing and they are currently the world champions (Title obtained in 2018).

7- Jules Verne and his predictions. Beyond the Nobel Prize in literature, France has one of the greatest literary cultures in the world. Great French authors have created stories that continue to resonate to this day, between them, Victor Hugo, Honoré de Balzac, Alexandre Dumas (Father and son), and Jules Verne. The latter has acquired great fame for its wonderful stories that have been precursors of great inventions for humanity, such as the submarine (2000 leagues of underwater travel), the internet (Paris in the 20th century), or space travel ( From the Earth to the moon). 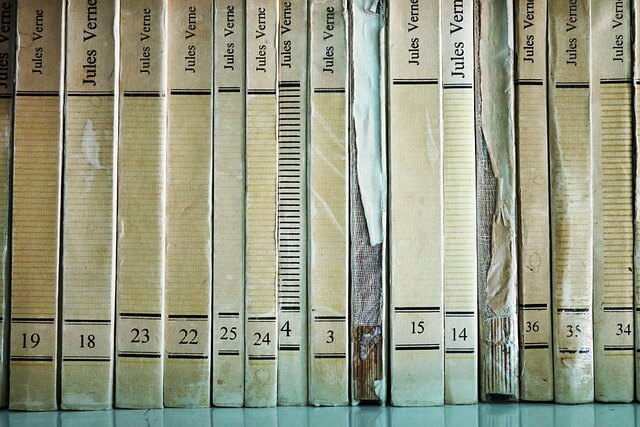 8- The croissant and the story of the queen of Austria. Culinarily, it is impossible for us to think of France without thinking of the croissant, that wonderful sweet dessert. But did you know that it is originally from Austria? His ancestor was called "Kipferl" and was popularized in France thanks to Queen Marie Antoinette, who in addition to being the Queen of France was also the Archduchess of Austria. It was she who coined the term Croissant. Which, it is said, eventually took the shape of a crescent moon to celebrate the defeat of the Turkish forces, who sought to take Vienna, at the hands of the Christians in 1863.

9- Cheese in industrial quantities. The love of the French for cheese is well known. And put in numbers, France has more than 400 types of cheese to satisfy any palate. Furthermore, the average Frenchman eats more than 26 kg (57 pounds) of cheese per year. Incroyable!

10- You cannot kiss in train stations while the train is on the platform. The interesting thing about these types of laws is that they exist because at some point they led to an interesting story. Apparently, the law was born from reports by train drivers, who, tired of travel delays, promoted this measure, which is now in disuse. That's the country of love for you.

11- You can't name your pig Napoleon. More in the myth territory, but still very informative. Apparently, the emperor Napoleon Bonaparte did not take criticism well and at one point issued a ban on calling your pig Napoleon. Is it still mandatory? I would not risk it.

12- French was the national language of England for 300 years. Amazing, right? Following the Norman conquest by France, French was the official language of the royal court from 1066 to 1362. This largely explains the enormous influence that French has had on the English language.

13- The Eiffel Tower was supossed to be a temporary attraction. The stories around the tower are varied. That "Iron monster" As many artists of the time referred, must have been around only for 20 years after the universal exhibition in Paris. However, in 1920 and thanks to the installation of a military radio antenna, it began to play an active role that allowed it to stay and adapt to a city that now sees it as the main symbol of itself, and that welcomed it when 17 cities were opposed to building it at first. 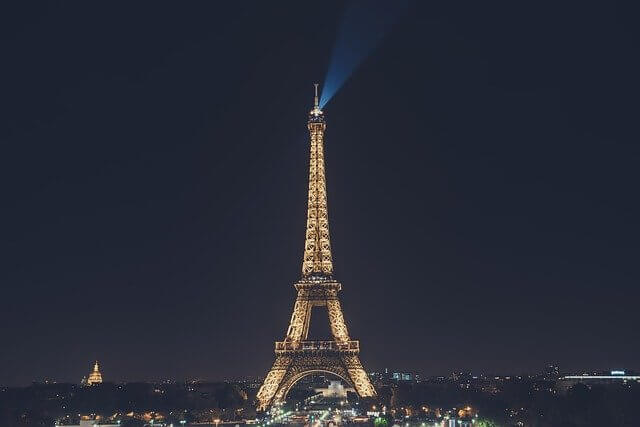 14- There are at least 5 replicas of the Statue of Liberty in Paris. If you are walking through Paris and you meet with the iron lady, (the other iron lady!) do not be alarmed! Paris has 5 replicas of the gift made to the United States, (There are 10 in all of France) You can find them at:

15- First movie shown. Lights, Camera, Action! This popular saying comes thanks to the surname of the brothers who made and screened the first film in history. The Lumière brothers presented in Paris a short short called “La sortie des ouvriers des usines Lumière à Lyon” (The departure of the workers from the Lumière factory in Lyon). It showed a group of workers leaving their working day. This opened the doors of a new form of art in France that spread like wildfire with great characters like Georges Méliès to make an astonishing public dream.

Read more: Why learn French as a second language?

16- The paratrooper in the tower. One of the first antecedents of the modern parachute comes from Franz Reichelt, a Franco-Austrian tailor, who, in 1912, sought to test his invention of a kind of parachute suit. To do this, he requested permission from the Paris police to try jumping from the Eiffel Tower, the tallest structure in the world at the time. On the morning of February 4, 1912, Franz hesitated long before jumping in and sadly found his death.

17- It is legal to marry a dead person. According to article 172 of the French Civil Code, it is possible to marry a person who has already passed away. This action is known as post-mortem marriage, and every year about 20 people resort to this ceremony.

18- The abandoned apartment in Paris for 70 years. Before the start of the Second World War, Mrs. De Florian left her Paris apartment to go to the south of France, paying rent for 7 decades. Upon her death at age 91, the apartment was opened to discover a host of treasures from another era, including a painting by Giovanni Boldini valued at more than $2 million. 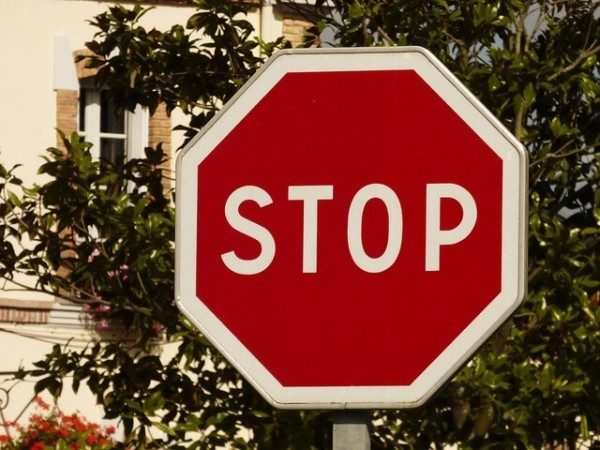 20- Bins and ashtrays are classified as deadly weapons in France. Another of those laws that have been established by some antecedent. Of course, if we look at the volume of riots and "Grèves" that Paris handles per year, it makes sense in a way, doesn't it?

21- France is the most visited country in the world. With almost 90 million people visiting France a year (Pre-pandemic data).

23- France shares the highest mountain in Western Europe. In the French Alps (Between Italy and France). Mont Blanc or Monte Bianco, it depends where you see it, contains a tunnel that connects both countries and is considered the cradle of mountaineering.

24- The most expensive bottle of wine. The Domaine Leroy Musigny Grand Cru is a French red wine that can be sold for an average of $23,000. Please, don't take it with fish.

25- Poisson d’Avril ’. April Fools Day has a particular connotation in France. If you are in France on the first of April, don't be surprised if someone put a small fish made of paper on your back. This innocent joke has many origin stories, but one of the best known is related to King Charles IX, who decreed the first of April as the first day of the year with “l'Édit de Roussillon” in 1564. Thus, the kingdom was divided Between those who wanted to celebrate the new year in April and those who did not, and little by little, those gifts given in April became jokes. The relationship with the image of the fish has many variants, one of them says that at the time fishing was prohibited, so you could get someone in trouble by hanging a fish on her/his back. 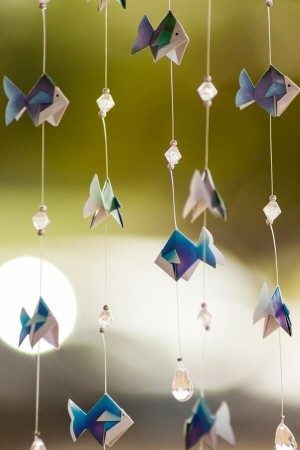 26- The Eiffel Tower, located in Paris, is one of the most famous landmarks in the world and the most visited paid monument in the world.

27- French cuisine is considered to be some of the finest in the world, with famous dishes such as escargots, ratatouille, and coq au vin.

28- Champagne, a sparkling wine, can only legally be called champagne if it is produced in the Champagne region of France.

30- The French Revolution, which began in 1789, had a significant impact on the world, including the spread of revolutionary ideals and the rise of Napoleon Bonaparte.

31- The French flag is blue, white, and red, and it is known as the tricolore.

32- The Mona Lisa, one of the most famous paintings in the world, is located in the Louvre Museum in Paris and is attributed to the artist Leonardo da Vinci.

What do you think of these facts about France? If you are curious to learn more about this beautiful country and its culture, remember that a good way to do it is by immersing yourself in its language, and for that, we have you covered.