One of the most popular monuments around the world is the Eiffel Tower. This wonder of Engineering was conceived as a temporary construction but as time passed the construction was adapted according to the circumstances in a France that went from the hope of modernity to facing war and occupation. Today, the Eiffel Tower is without question one of the most visited monuments in the whole world and is easily the one thing that encapsulates the spirit of Paris. 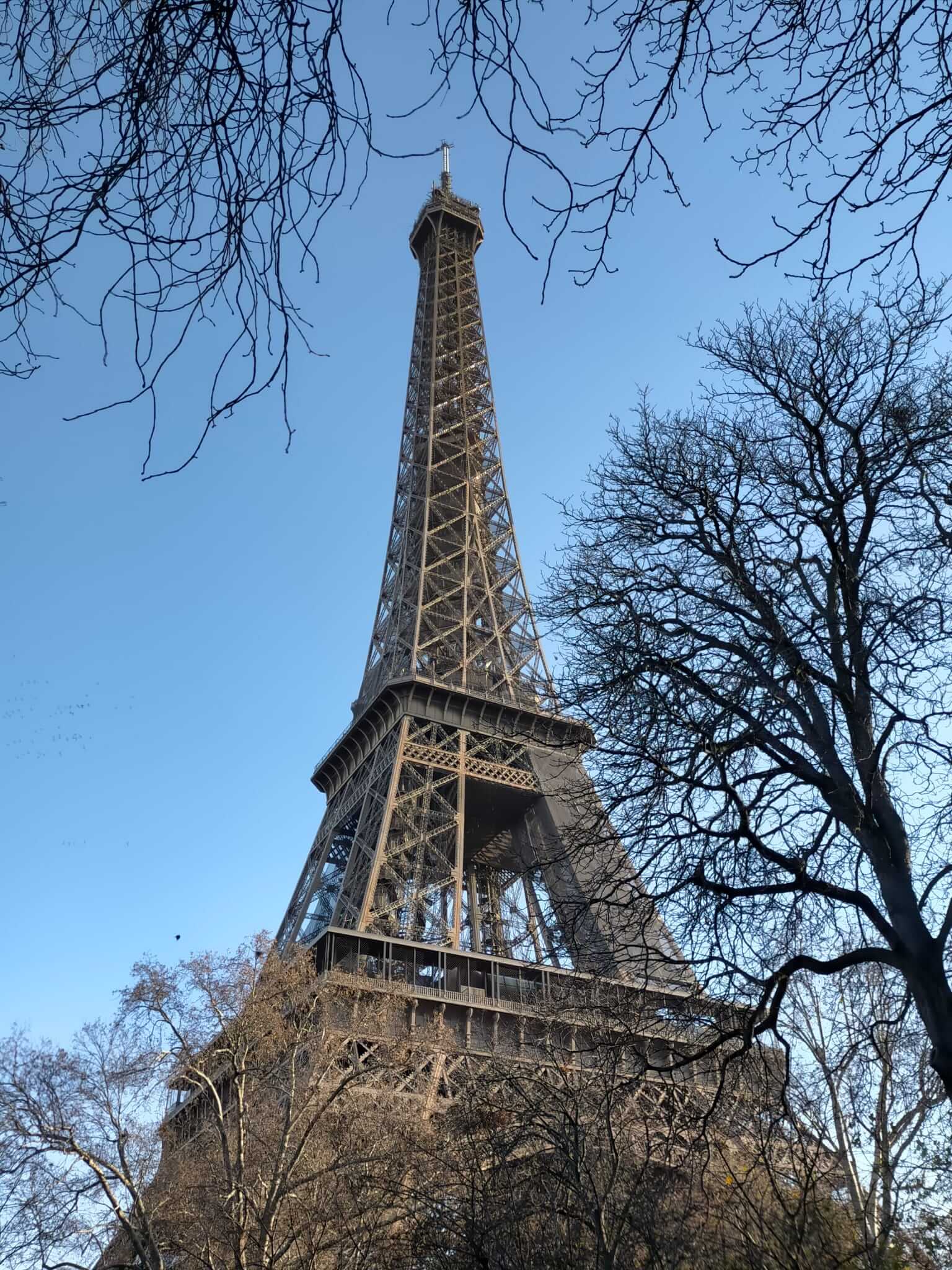 Facts about the Eiffel Tower:

The tower was designed by Gustav Eiffel. This famous engineer might be best known for the tower that carries his name, but he also made a lot of constructions around the world, he even contributed to the creation of the Statue of Liberty, building its metal framework. 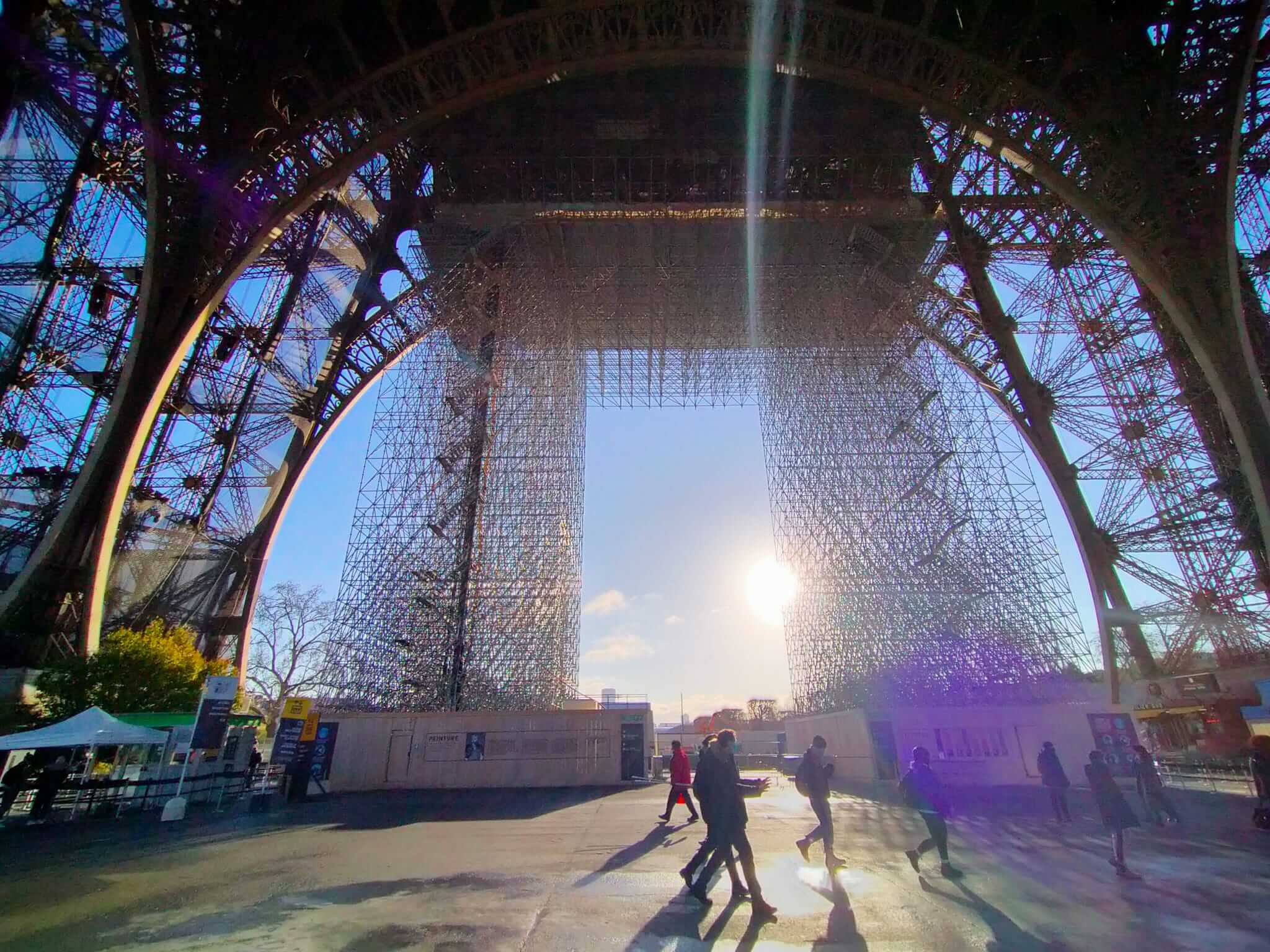 In the beginning, the tower was hated by most people, especially among the intellectuals. Artists, writers, and musicians saw the tower as a monster of modernity that destroyed the skyline and was opposed to the traditional Paris construction. This debate will be a regular topic for most constructions in the future, for example, the Pompidou Center, the Montparnasse Tower, or the La Défense district.

Gustav put his heart and soul into the tower, he even had an apartment at the top of the tower, that you can see if you visit it today!

Did you know that the tower has changed its color 7 times since it was constructed? The requirements and timing for painting works were established by Gustav Eiffel himself, and they are respected still, and currently, it displays a light brown color. 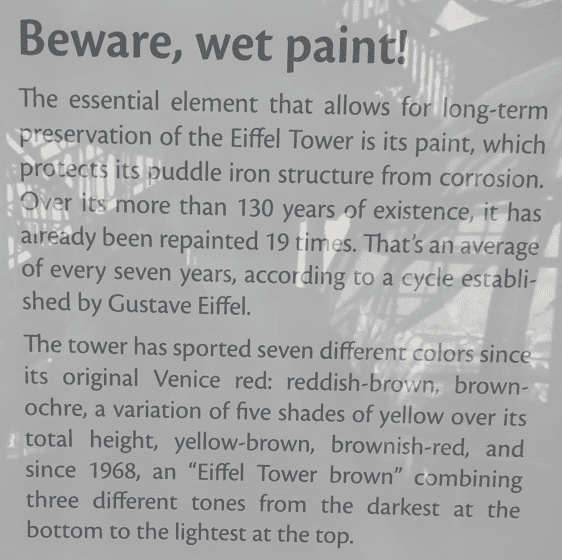 One of the first signs of the end of the Nazi occupation in France took place on August 25, 1944. When the French flag was raised on top of the tower. Paris was still occupied at the time, making this also a symbolic gesture to motivate the French people.

Right at the bottom of the tower, while you enter the complex, you can see a beautiful garden, and even a grout you can pass by. 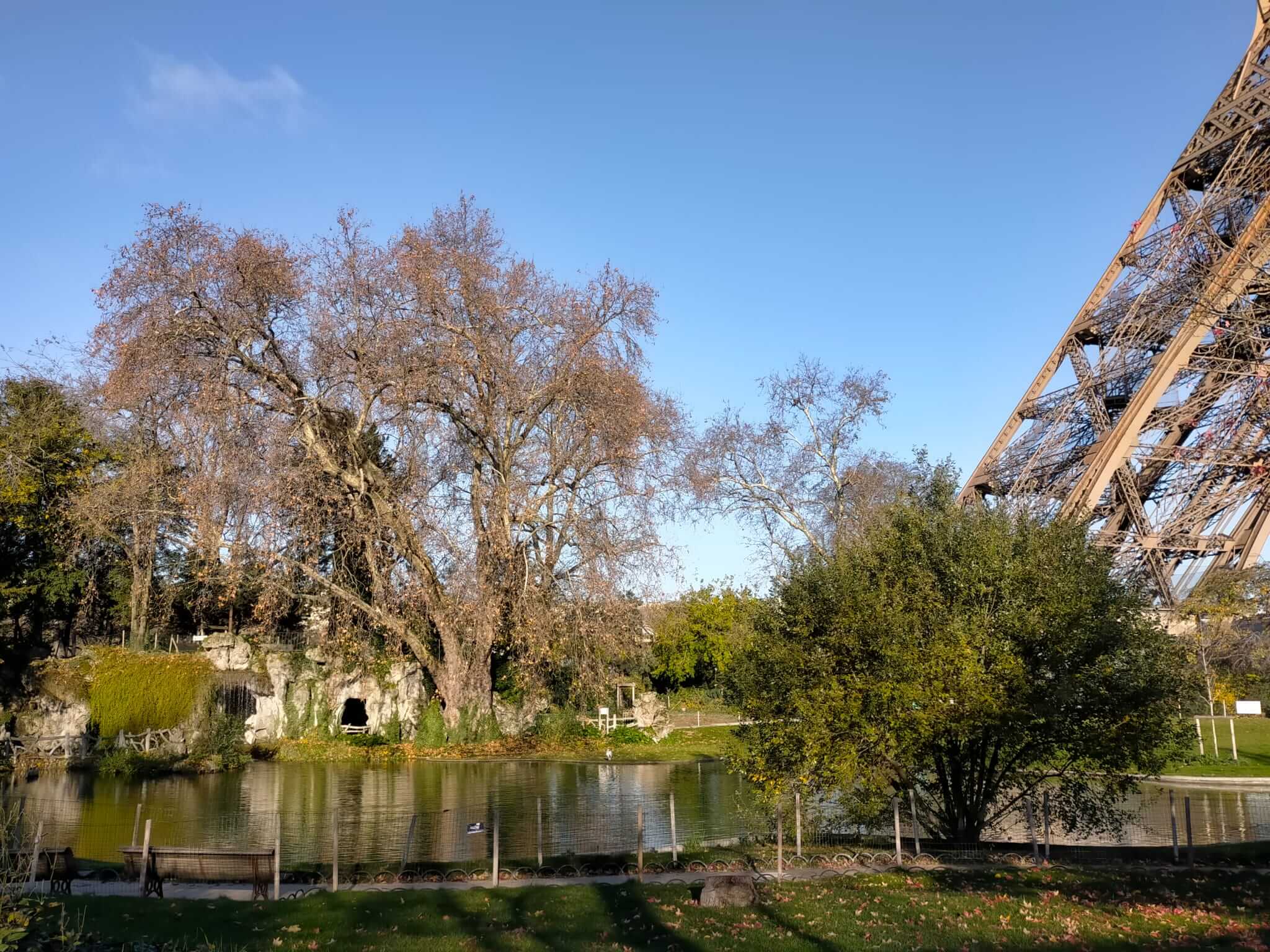 If you get hungry, the Eiffel Tower offers you 3 restaurants and a champagne bar to pick from. The one with the best views is definitely the “Jules Verne” and it totally lives up to its name. If you are looking for a more price-friendly option, there’s the “58 Tour Eiffel” which is bigger, and for a price accessible option, you can go to “Les Buffets”.

Right at the top, you’ll get one of the most beautiful views of Paris. But take a sweater, it tends to be really windy, you might even feel the tower moving because of the winds, but don’t worry, it’s totally normal. 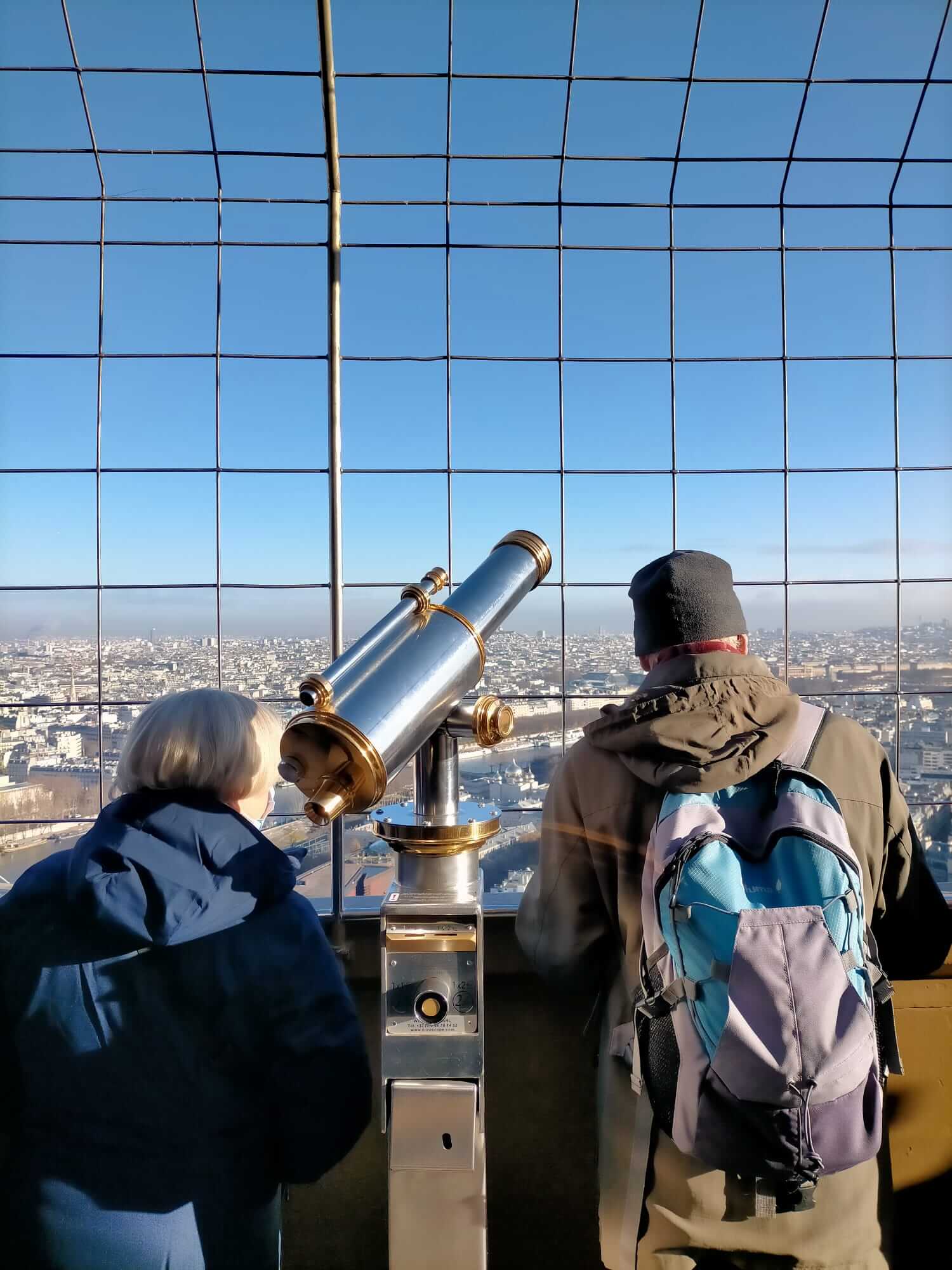 At this moment, the tower is under maintenance works facing the Paris 2024 Olympics, but don’t worry, if you decide to visit, you’ll get your money’s worth since most of it is open for tourists. 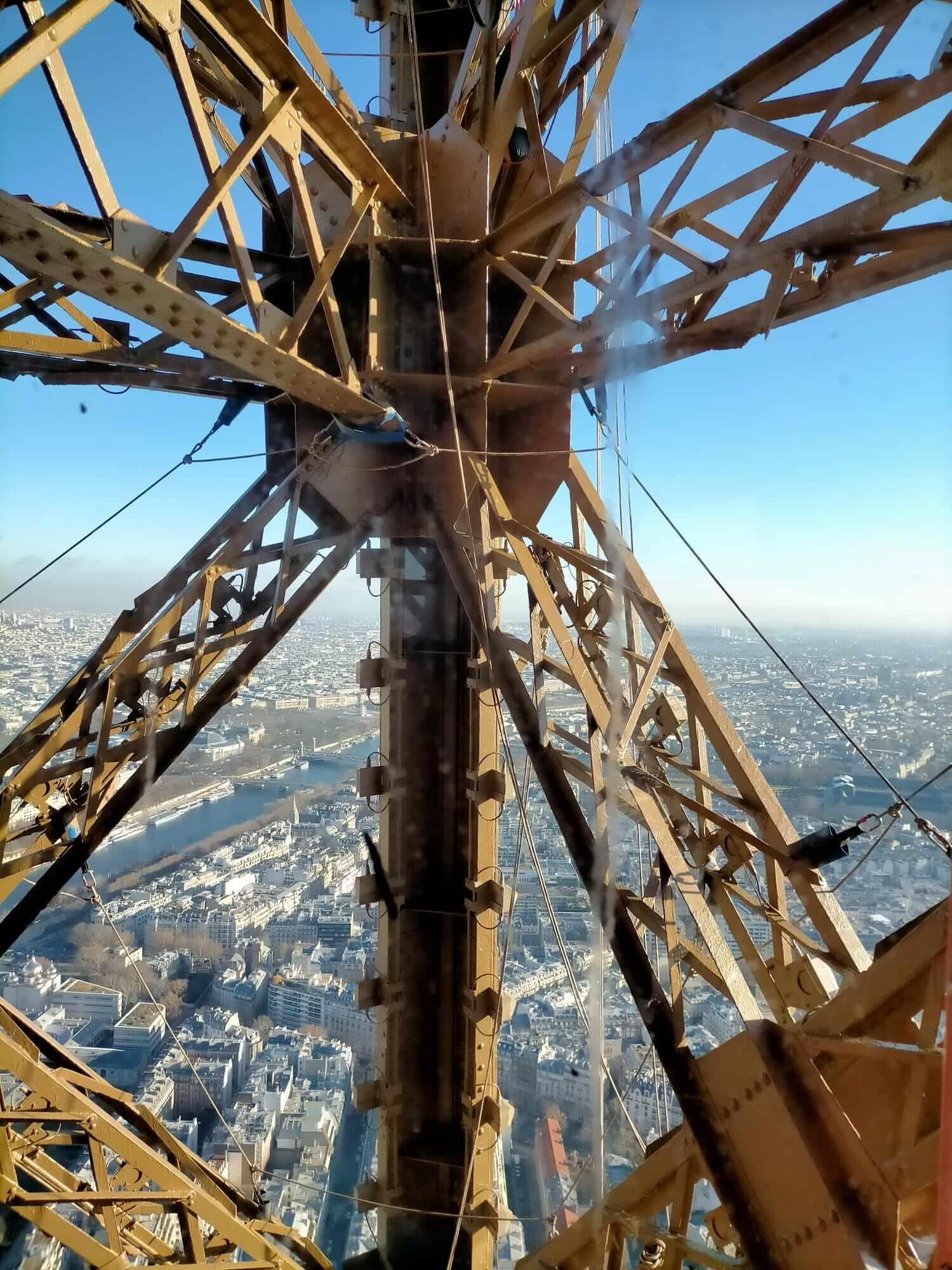 Additional data on the Eiffel Tower:

The Eiffel Tower represents the heart of Paris and France and it’s always a must for any new visitors, so if you are planning to visit Paris soon for the first time and you are hesitating thinking that just a stereotypical construction, give it a chance, you’ll find yourself amazed by standing at the top of this giant.